A STUNNING piece of art has brought a fresh, new look to a tenement in Paisley thanks to Paisley Housing Association 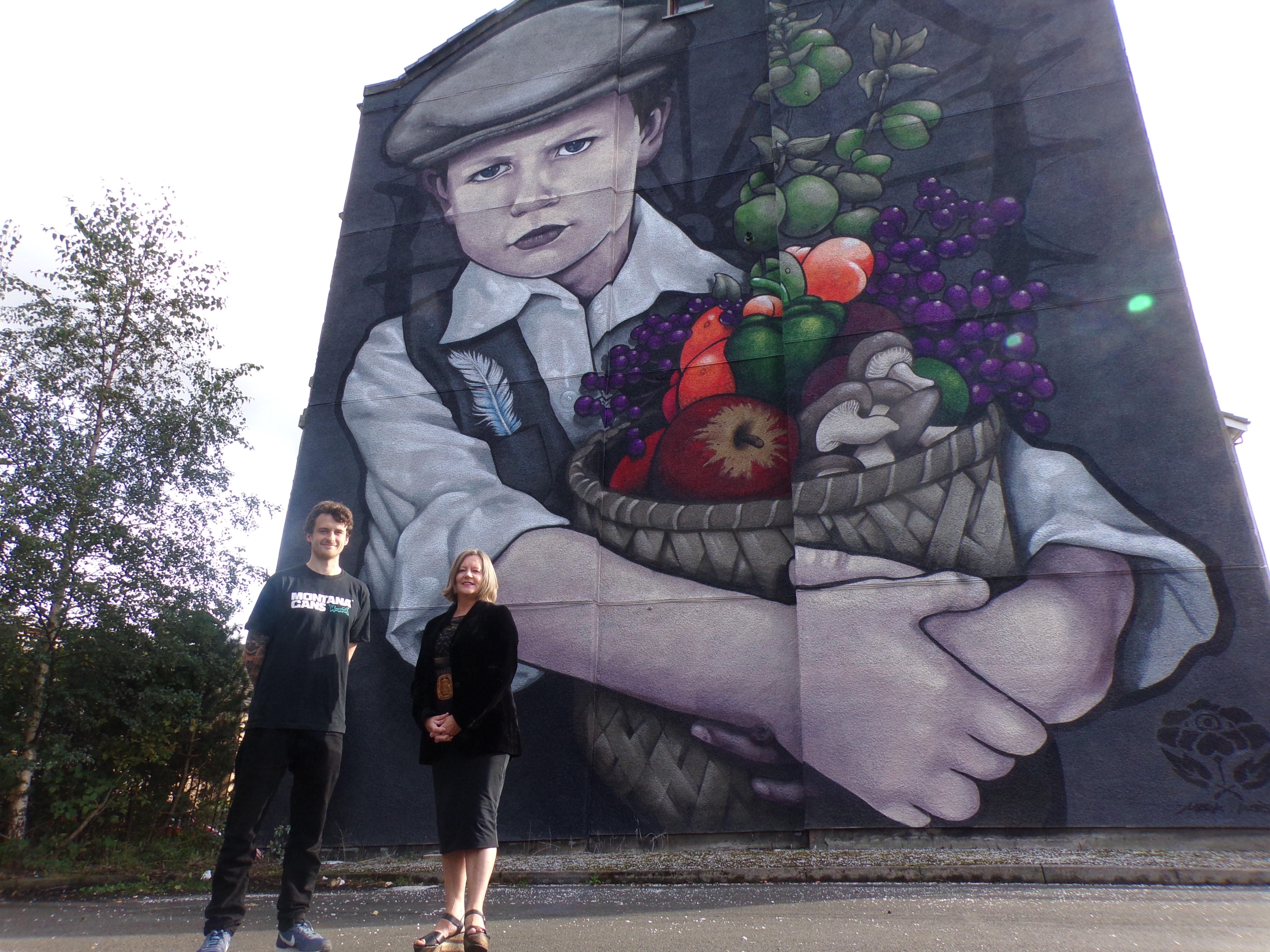 Together with Paisley artist Mark Worst we have created the striking, large mural named “The Young Poet.”

It is a nod to one of Paisley’s most famous sons – poet Robert Tannahill - as the gable overlooks the birthplace of Tannahill in 1774 in Castle Street in the town’s west end.

Remarkably, Mark took just nine days to create the impressive mural – assisted by an aerial platform – and it has already drawn admiring glances from passers-by who feel the child’s appearance is reminiscent of the hit TV drama “Peaky Blinders”.

Mark said: “The overall theme of the mural is to promote healthy eating and wellbeing, projecting a positive image of youth in carrying home fruit and vegetables.

“The old-fashioned cap, waistcoat and shirt place the boy in the 1800s at the height of the Paisley thread mill era. You’ll notice the feathered quill coming out his pocket which gives the subtle suggestion that he may be a young Robert Tannahill.

“The piece is completed with the silhouette of an old thread mill wheel which, of course, is a distinct reference to Paisley’s rich heritage.”

Our Chief Executive Kathleen McCutcheon said: “Mark has done a magnificent job transforming a tenement gable wall into an eye-catching and hugely-impressive piece of art which perfectly recaptures the town’s unique heritage.

“Paisley Housing Association is deeply proud of our town and we are currently undertaking a significant amount of work in the west end with a number of environmental improvements. The mural is just one way we can make a difference to the visual appeal of the area.”